The inaugural OluKai Ho'olaule'a Ocean Festival held May 16th and 17th 2009, at Kanaha Beach Park, Maui, celebrated the ocean lifestyle and island culture through competition, tradition, 'ohana, and giving back. The OluKai Ho'olaule'a featured a one-man outrigger canoe (OC1) race and a Stand Up Paddle (SUP) race starting at Maliko Gulch and finishing at the Lae 'Ula O Kai Canoe Club at Kanaha Beach Park. Although racers typically paddle this eight mile downwind course with the support of 20+ knot gusts propelling them from behind, on both days competitors faced calm and glassy conditions that tested their strength and stamina. 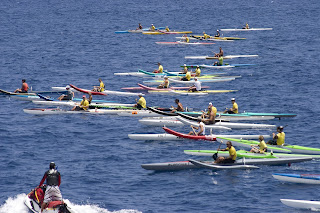 OC1 competitors line up for the start 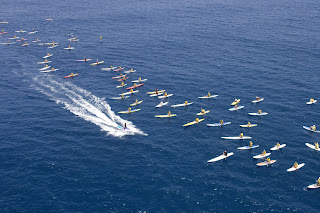 A view of the SUP field from the helicopter 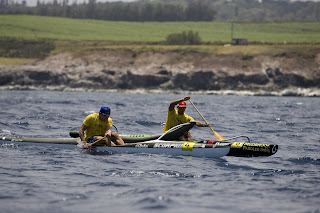 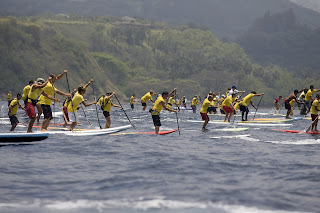 The finale of both courses made for dramatic finishes that engaged cheering friends, families, and spectators. The OC1 race featured a 180 degree buoy turn to a sprint along the shore, while the SUP race finished with a strenuous 200 yard beach run over rugged coral-filled sand. In a sport that is often supported by the paddlers themselves, OluKai awarded elite competitors with $15,000 in cash prizes split equally between men and women. 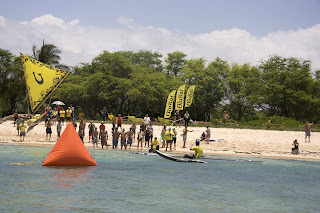 Kai Bartlett waves to spectators at the OC1 finish 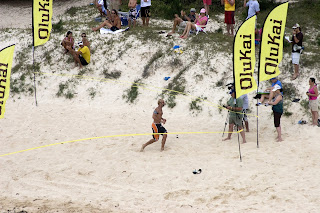 Andrea Moller asserted her position as the top competitor in the women's elite divisions, taking the first place title in both the OC1 and SUP races. Moller's winning time of 59:27.3 in the OC1 race was about fifty seconds ahead of second place winner Emili Janchevis. Even more impressive was Moller's winning SUP race time of 1:21:21.5, over 4 minutes ahead of second place winner Theresa Felgate. 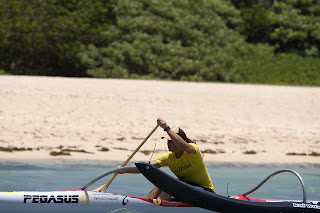 Andrea Moller stroking it out for a 1st place OC1 win 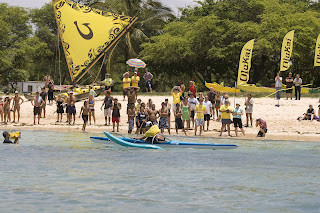 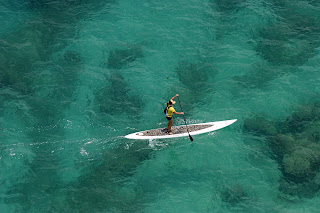 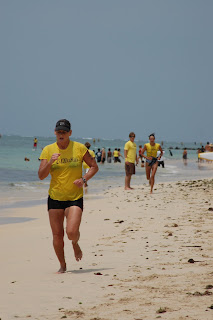 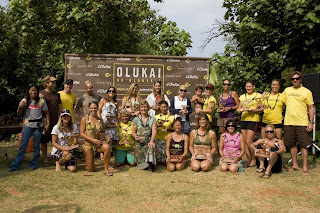 The men's OC1 competition was fierce as Manny Kulukulualani, a Hawaiian native, crossed the finish line at 53:28.9, only 22 seconds ahead of paddler Danny Ching. Stand Up Paddle icon Dave Kalama swiftly captured the top finish time of the course coming in at 1:08:18.4, nearly two minutes ahead of second place finisher Mark Raaphorst. 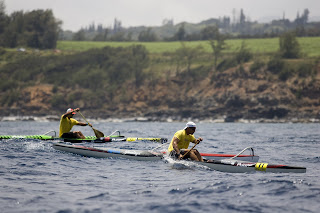 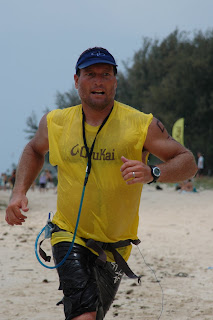 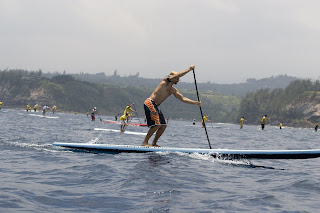 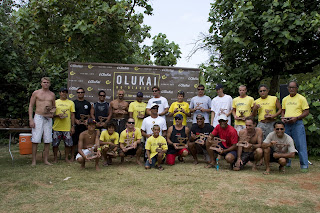 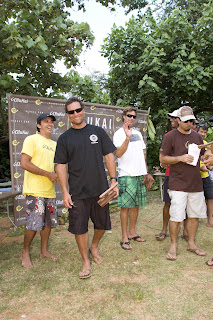 Dave Kalama, all smiles after the race

Community members were welcomed into the OluKai 'Ohana as they participated in authentic Hawaiian activities. Locals and tourists alike experienced the thrill of riding OluKai's iconic yellow and brown Kamakakoa sailing canoe. Adults and kids enjoyed island heritage and culture with an array of ancient Hawaiian games, hosted by Maui Cultural Lands. 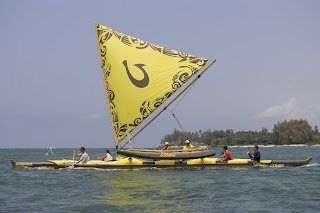 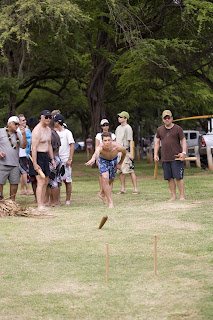 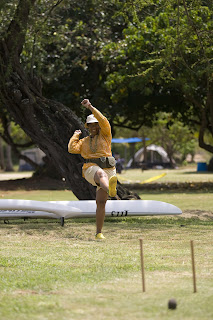 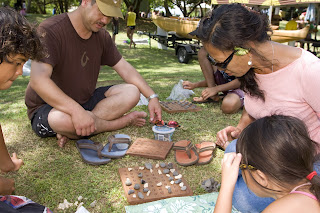 Saturday's festivities were accented with the serenades of talented Hawaiian musician Paula Fuga as she and her band performed to an intimate crowd in the beautiful outdoor setting of Kanaha Beach Park. Her soulful sound powerful voice produced chicken-skin throughout the park, and served as the perfect compliment to the traditional Hawaiian luau dinner presented by the Lae Ula O Kai Canoe Club. 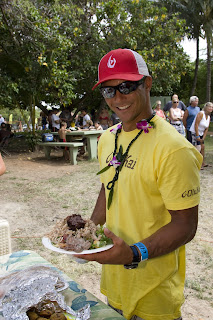 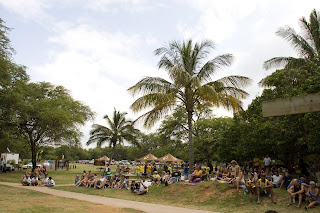 A crowd gathers to enjoy the festivities 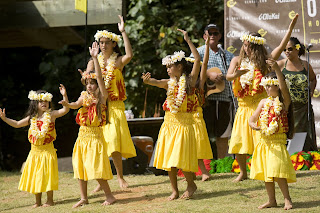 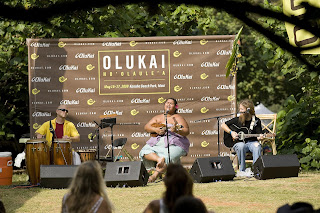 Paula Fuga and her band take the stage 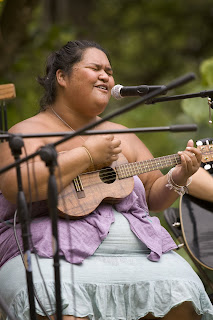 "The true meaning of Aloha is to love without expectation," said Ed Lindsey, Project Director for Maui Cultural Lands. OluKai embraced the Aloha spirit by contributing $6,000 to its 'Ohana Giveback partners: Maui Cultural Lands, the Hawaiian Lifeguard Association's Jr. Lifeguard Program, and Team Kamakakoa of the Hawaiian Sailing Canoe Association. OluKai would like to extend the most sincere 'Mahalo' to Maui County Ocean Safety, Lae 'Ula O Kai Canoe Club and the countless volunteers who's dedication and hard work contributed to the success of the OluKai Ho'olaule'a. Televised coverage of OluKai Ho'olaule'a will be available on Ocean Paddler TV and NBC Sports. Ocean Paddler TV coverage will begin June 2, 2009 and will be broadcast throughout the month of June in Hawaii and in San Diego County. NBC Sports will cover the event through their ongoing series Jeep World of Adventure Sports. NBC's nationwide broadcast of the OluKai Ho'olaule'a is on June 6, 2009 at 2 p.m. (PT) / 11 a.m. (HT) / 5 p.m. (ET). Click Here for Official Race Results